Teeth & Tongue are set to release a new album in September, following 2014’s acclaimed Grids. The first single is a bratty, Split-Enz-inspired and unapologetically pop-inspired song called ‘Dianne’, and the band are playing a rare show at Northcote Social Club to celebrate its release.

Propelled by relentless synth bass and hyperactive Farfisa keyboard mashing, ‘Dianne,’ in essence, is a song about being a teenager and experiencing bad shit: you’re too old to not notice it happening but too young to anything about it. Musically though, ‘Dianne’ and its accompanying video is all bed-jumping, hair-brush-singing, Fruit-Loops-eating abandon. 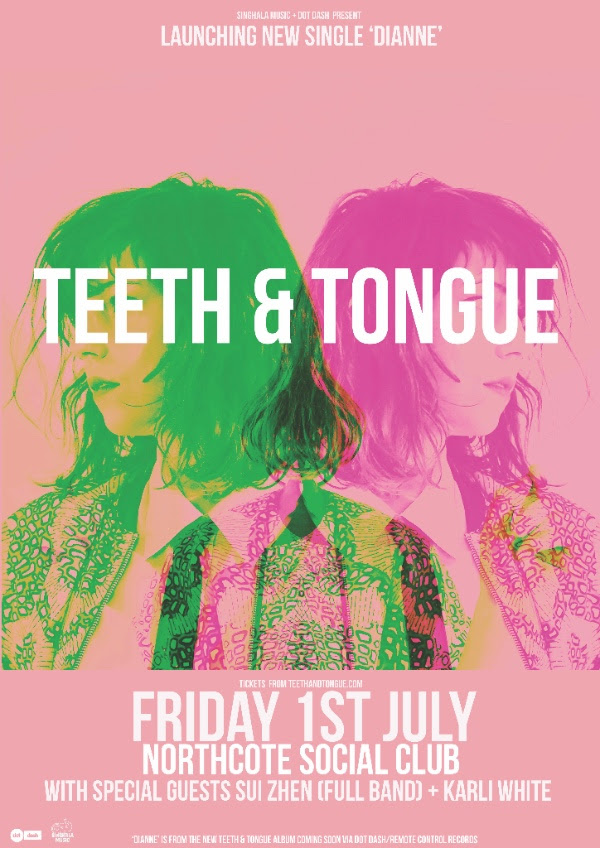